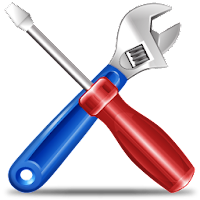 I have as many answers to this question as the number of times I asked it.

65 Cuda, 273 Commando. 2nd owner. Has 39,000 original miles. 90% original (Yes it's true.) It was running great till fuel pump started leaking fuel. I parked it in garage with almost an empty tank of gas and due to medical problems I have not started it in a little over a year. The guilt has gotten to me and it's time to give her the attention she needs.
The main question is how to safely start the car. Here is my plan . Replace the fuel pump (I have one). Drain and change the oil. Pull the plugs and pour an oz. or so of Marvel Mystery Oil down the holes (this was recommended MANY times to me) Let it sit a night or to then put a wrench on the crank and turn it by hand . This all makes sense to me but from reading the stuff coming from you folks out there, ,I would welcome your opinions. Charley Barranco

Sounds like a pretty good plan to me. I would probably change the oil after I put something in the cylinders. I also might use something like WD-40 instead of the MMO. That way you get a good fog of stuff in the bore, and lube more of each cylinder. Wayne W.

I would also pull the valve covers and squirt oil on the rocker shaft & springs. I would also when you get ready to start it why leave the plugs out crank it over until you get oil pressure. Then replace the spark plugs and valve covers and start it. Oh when you crank it over with out the plugs in it have plastic over the fenders so any of the oil you have squirted in the cylinders don't get all over the fenders and make a mess. George Walling

Has it really only been a year? Unless you have a desire to go through all this work I suggest you just install the new fuel pump and crank it over a bit with the coil wire removed.
That'll pump up the oil and get fuel to the carb. Re-attach the coil wire and fire it up. I've never heard of an engine seizing in one year's time unless water got into the cylinders, in which case you have bigger problems. If you are really concerned about it being seized, try turning over the engine with a socket and breaker bar on the front engine pulley nut as you mentioned. If it turns, I'd just do as mentioned above. Bob Jasinski

Replace pump, pull the dist, prime it, replace and crank it with the coil wire off until you get oil pressure, Reattach the coil and fire it up. Let it get to operating temp while watching the motor for leaks. 1 year is hardly worth pulling your hair out. My 273 "S" sat in a warehouse for 18 years. Guy said he poured gas into the carter, put cables on it and it started on the 3rd revolution. He put 1/4 tank of 93 in it (it had NONE in it) and set it out on the corner for sale. I bought it that same day, checked oil level and drove it 25 miles home on 5 cylinders. replaced points, plugs and fuel filter and drove it another 6 months before a rod bearing went south. Steve Wander

Even after just a year of setting and not being turned over depending on the humidity in the air where the car has been stored I like to squirt oil in the cylinders and let it set for 12 hours then roll it over by hand and do it all over again. That way if you have light rust starting in the cylinders it may keep you from having to tear the engine down.

Spending 26 yrs in the military I have had cars in storage from 6 months to 2 yrs and that is why I like to do it. I also either pull the distributor and pump oil through the engine by driving the oil pump with a electric gear and I also have what I call a engine pig which is nothing more than a 1 gallon propane tank that I bought new and put a Tee in the top of it with a valve and hose hooked to it so I can put oil in the tank air pressure in the tank and then attach the hose other end to where the oil pressure gauge sending unit screws in turn the tank up side down open the valve and run a gallon of engine oil through the system. either way will get oil to you lifters and entire oil system. George Walling