The Cost of Coming to a Stop 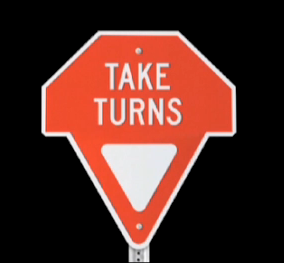 I found an interesting link on the CNN web site about a proposal given at the recent TED conference by Gary Lauder.


He tells the story of how he received a ticket for rolling slowly through a stop sign at a three way intersection while there was clearly nobody else at the other sides of the intersection.

He goes on to explain how these types of intersections can be dangerous, fuel inefficient and time wasting for most people. His idea, A new type of sign. Not a Yield or Stop, but a "Take Turns" sign.


He would prefer that there be Traffic Circles or a Rotary as they are safer than the traditional intersection and he goes on to give some stats to prove this.


He also gives some stats on the fuel cost and time spent at a traditional intersection. Now, I thought his numbers were good, but he did not break it down for an individual car. Here are some numbers I worked up using some of what he proposed.


My numbers are based on the premise that if you have to stop at one, three way intersection on your way to work and the same intersection going home from work.


260 work day per year (not including weekends).


I don't know where he got his numbers from and for the sake of argument I'm assuming they are correct. If thats the case, I have 4 of these types of intersections on my way to work that I feel would quality for this new type of sign. For eight total stops, thats $104.00 in gas alone for the year and almost six hours of my life I would get back! (I would just waste the time watching TV anyway.)


I guess the point to be made is that safety, fuel efficiency and time management can be improved for everyone through better planning of intersections and roads.


Watch the video of his speech and then decide for yourself, can't we all just "Take Turns"?

Posted by RogerK at 1:52 PM No comments: